PEI has long been known for being a hotbed of fiddle and traditional music. While the majority are roots artists, there is also a thriving indie pop/rock scene, a healthy jazz core, as well as many other genres represented.

Music PEI began in 2001 as the Prince Edward Island Music Awards Association, acting as an advocate for the Island music industry and as a representative at the national table.

Music PEI began in 2001 as the Prince Edward Island Music Awards Association, acting as an advocate for the Island music industry and a representative at the national table.

Music PEI has seen tremendous growth since its inception in 2007, with a 300% increase in exporting Island artists – an economic necessity in a province of only 140,000.

Music PEI administers a Funding Program designed to encourage growth by providing financial assistance to the industry at various levels of an artist’s or industry professional’s careers. This funding is made possible through the assistance of the PEI Provincial Government Department of Culture.

Music PEI is an industry member of the East Coast Music Association. 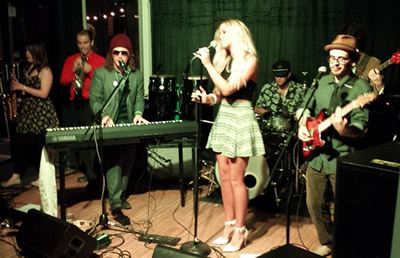 The most endearing trait about our music community is that it is tightly knit and extremely supportive. There is a strong Acadian culture, together with Scottish and Irish traditional music. Local ‘Ceilidhs’ are extremely popular with the tourists in the summer and can be found at community halls.

There are also a large number of venues for the size of our population. The number of venues increases in the summer, as some are not open year round. All the venues are in a reasonably close radius and easy to get to. After all, we’re an island of less than 250 km. long and 60 km. at its widest.

Prince Edward Island is easily accessible from the mainland. The 13 km. Confederation Bridge spans the Northumberland Strait and the Charlettown Airport has regularly scheduled national and international flights.

Rock shows in the bars and clubs are ideal for night-owls, with the opening act often not starting until 11:30pm and Charlottetown has an abundance of great restaurants and coffee shops and b&b accommodation.

For more general information about the Province of Prince Edward Island, please visit:

Key Regions in the Province of Prince Edward Island

Take in a workshop or a free noon-hour concert, check out the big stage and the intimate church, then brace yourself for the late-night blowout. 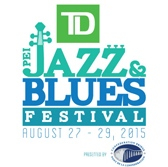 The May Run (May long weekend) festival features over 70 artists from PEI and across Canada. Reoccuring events are the Songwriter’s Concert, the Country Jubilee and the House of Rock.

Running in tandem with the Bell Aliant Canadian Song Conference, the event celebrates the talents of P.E.I.’s artists while featuring accomplished acts from across Canada.

With over 20 years under its belt, the Indian River Festival offers a summer long series of concerts set in historic St. Mary’s Church, one of the most acoustically perfect venues to be found anywhere.

The festival’s new outdoor pavilion is now open one hour prior to show time and at intermission– audience members are invited to enjoy the space and grab some refreshments before the show!

What was once a cow pasture in Cavendish, Prince Edward Island, is now the home of the largest multi-day outdoor music festival in Atlantic Canada – the Cavendish Beach Music Festival.

More than 70,000 visitors annually flock to the festival for the biggest names in country music, camping, dining, the warmest waters north of the Carolinas, and to create memories that last a lifetime.

The 2016 Cavendish Beach Music Festival will be held from July 8-10.

The Festival of Small Halls is an award-winning festival that takes place in multiple small venues across Prince Edward Island, Canada’s smallest province.

What started as a small idea, in 2008, has grown to become an international force, bringing talent from across the world to picturesque PEI for locals and tourists alike to enjoy.

The 2014 festival was held over 14 days in June 9, with a line-up of 160 musicians, 14 storytellers and 6 dancers performing in over 40 Island community halls.

The 31st Annual PEI Bluegrass and Old Time Music Festival will be held July 1-3, 2016 at The Festival Grounds in Rollo Bay, PEI.

The Golden Ticket Program was established in 2018 to assist emerging artists to develop or improve their profile. This unique program will take an artist with a new previously unreleased song through the process of recording and releasing a single. Music PEI has put together a great team for the project, headed by John MacPhee of Paper Lions.

Submissions are now open for the “East Meets West” spotlight presented by ECMA and BreakOut West during the 2019 edition of the East Coast Music Awards: Festival and Conference. The 31st annual celebration will take place in Charlottetown, Prince Edward Island from May 1-5, 2019.

Two export-ready BreakOut West artists/groups will be selected for two showcase performances at the 2019 ECMAs. Artists of all genres are encouraged to submit via the form below.

Say goodbye to winter and come celebrate some of PEI’s amazing musical talent at the May Run Music Festival held from May 10-14, 2017 at multiple venues across Prince Edward Island.

May Run Music Festival is the largest annual celebration of the Island’s musical talent and diversity. Performers include Paper Lions, Dylan Menzie, Ten Strings and a Goat Skin and up to 40 more artists.

Submissions are now open for the 16th annual edition of the Music PEI Awards.  The awards offer an opportunity to shine a light on and celebrate the diversity and excellence in PEI’s music community. The awards will be handed out on Sunday afternoon, May 14, during the second annual Music PEI Awards Party, which will take place during the May Run Music Festival.

The 8th annual Showcase PEI was another terrific year, for another great batch of delegates – festival, venue, agency, and management companies from across Canada, the US, the UK and Australia.

Submissions are now being accepted for the next round of the Music PEI Funding Program. The deadline to submit is Friday, October 30, 2015 at 5PM AST.