Japanese music lovers are among the most knowledgeable and dedicated in the world. Western culture fascinates them and their diverse tastes can take them deep into Bluegrass, Emo, House, Metal, Gospel and Latin genres. Foreign sales account for almost 20% of Japanese music purchases – roughly the same size as the entire Canadian music market.

Who’s who in the Japanese music market 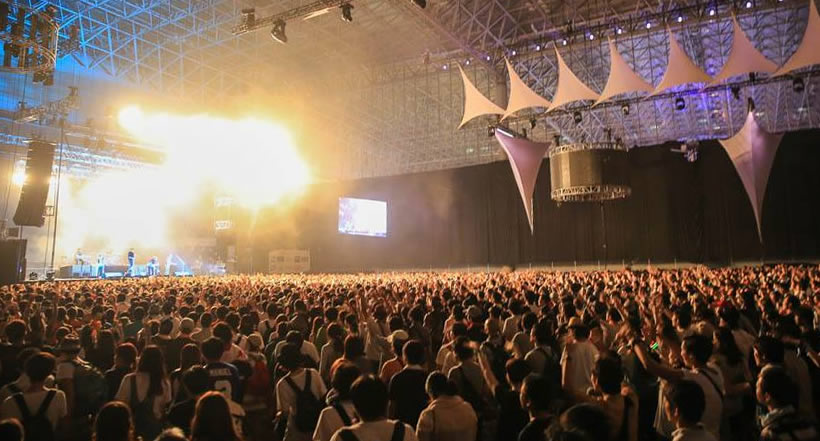 RIAJ was founded in 1942 as an organization representing Japanese music recording industry. It is also responsible for collection and distribution of secondary use fees of commercial recordings from broadcasters, and remuneration from CD rental shops.

The FMPJ proudly represents our member companies (over 900) and their artists (over 10,000) who entrust us with their rights. We are also a member of WIN, the worldwide independent music community.

Japanese Society for Rights of Authors, Composers and Publishers

JASRAC was established in 1939 to protect and facilitate the utilization of copyrights of musical works, thereby promoting musical culture. We manage the business of musical copyrights in Japan and liaise with copyright licensing organizations abroad.

MPAJ is the only organization representing the Japanese music publishing industry. On behalf of our members we collect and distribute license fees including sales, broadcasting, rental, neighboring rights and other sources.

ACPC is an association of over 260 concert promoters and related business. Established in 1990, ACPC’s purpose is to support the development of Japanese show business through research, business development, education and advocacy.

Although CD sales have declined over the years, live performances continue to grow setting records each year. The All Japan Concert & Live Entertainment Promoters Conference reports that about 47.5 million people went to over 29,000 concerts in 2015. (www.acpc.or.jp)

The majority of concerts are in the rock/pop category, with performing arts (classical, traditional, theatre and dance) coming in a strong second.

Of the foreign artists performing in Japan, Korean artists make up the largest group, followed by North and Central Americans, and then Europeans. In total, performances by foreign artists in 2015 represented about 7.5% of the entire live market in Japan.

Cultural and language differences make it challenging for international artists to break into the Japanese market. For example, Japan has a relatively small number of radio stations and a smaller number of radio listeners when compared to other regions.

Canadians who are travelling to Japan on business trips that don’t include remuneration may apply for a 90-day visa. VISA / Residing in Japan

Canadians who are being paid for performing in Japan will need to apply for a Working Visa: Entertainer. These are available for specified time periods, including 3 months and 15 days. You will need to submit a passport, a visa application form, a photograph, and a Certificate of Eligibility (secured by the promoter in Japan). Working visa: Entertainer

For details please refer to a Japanese embassy or consulate in your area.

In general, a withholding tax on revenue earned by a non-resident while performing in Japan, is paid by the Japanese promoter directly to the tax authorities.

For more information on two of Japan’s major urban regions, please see the Key Regions in the Japan descriptions below. 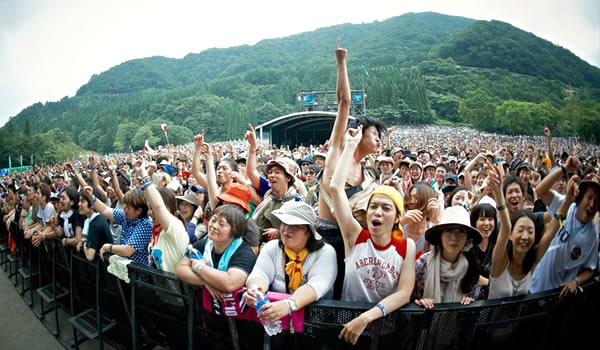 The Canada Council’s Audience Development Office has created a guideline for performing arts organizations called ON THE ROAD – TOURING HANDBOOK which has a chapter on Japan.

Known as the Kantō metropolitan area, includes the cities of Yokohama, Sagamihara, Kawasaki, Chiba, and Saitama.

Known as the Keihanshin metropolitan area, includes the cities of Sakai, Kobe, Kyoto.

CIMA, the Canadian Independent Music Association returned to Tokyo for its third mission to Japan. It produced and promoted the event that saw 12 labels and 8 artists attend the Canadian Showcase for Japanese Music Industry representatives from November 16 to 20, 2015.

Previous CIMA-led music missions to Japan (2008, 2012) have generated a total of $3.5 million in new business and over 200 deals for Canadian music companies.

It began in 1997 at the base of Mount Fuji, the highest mountain peak in Japan. It now draws over 100,000 visitors to its current location just under 200 km from Tokyo.

Summer Sonic Festival, which began in the year 2000, is an annual 2-day music festival that is simultaneously staged in Tokyo and Osaka. It features both major and indie Japanese bands and top international performers.

The Tokyo festival is held in the QVC Marine Field baseball stadium in Chiba City on the shore of Tokyo Bay and the Makuhari Messe hall across the road, and the Osaka festival is at the Maishima Park on Osaka Bay.

The performers include the cream of the international jazz community, as well as Japanese jazz artists, and promising ‘newcomers’ from both groups.

The Sukiyaki Meets the World Festival takes place in Nanto-City (Toyama region) takes its name from the famous Japanese dish (and the 60s pop song) that mixes many different ingredients in the same pot.

The mixture, in this case, combines Japanese artists with African, Asian, Latin American and S/E Asian performers in four different venues in a rural setting.

CIMA is excited to reveal the artists and companies who will be participating in our fifth trade mission to Japan in February, 2018.

CIMA will be returning to Tokyo for its fourth mission to Japan from October 23-27, 2017 and plans on participating in the Tokyo International Music Market (TIMM), part of the Japan Content Showcase, a multi-content market featuring music, film, TV and anime that attracts influential buyers from Asia and other world markets.

On the Road with CIMA: Export and Business Opportunities in 2017

This year’s Mission will include eight Canadian artists performing at two important showcase opportunities – a public concert at duo MUSIC EXCHANGE in Tokyo, and another at the prestigious Oscar Peterson Theatre at the Canadian Embassy.