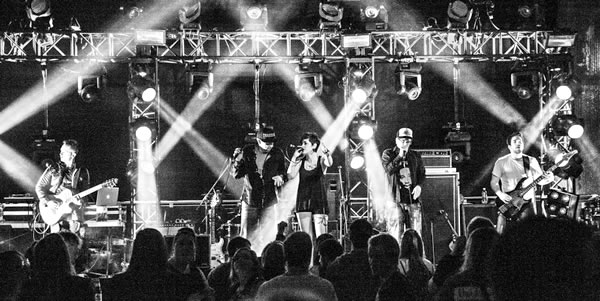 The East Coast Music Association (ECMA) is a regional collaboration of people in the music industry of Atlantic Canada. We currently have over 1,000 members, consisting of musicians, artists, agents, managers, record companies, studios, media, related corporation and retailers.

Our members reside in the maritime provinces of New Brunswick, Nova Scotia, Prince Edward Island, and Newfoundland and Labrador.

East Coast Music Week is now a five-day, non-stop musical celebration showcasing and recognizing the best of East Coast artists and music. It combines an awards gala, an industry conference, and export buyers program and a music festival.

Delegates attending the 2015 event represented festivals, agencies, and management companies from the US, England, Scotland, Belgium, Australia, and Switzerland, in addition to the over delegates from across Canada.

The event features exporting artists and companies from all genres in the Atlantic Canadian music industry, including pop, rock, roots/traditional, folk, hip-hop, electronic, and more. There were over 650 one-on-one meetings that took place between delegates and exporting artists during the 2015 event.

A quick Youtube video showing what you can expect during East Coast Music Week 2016.